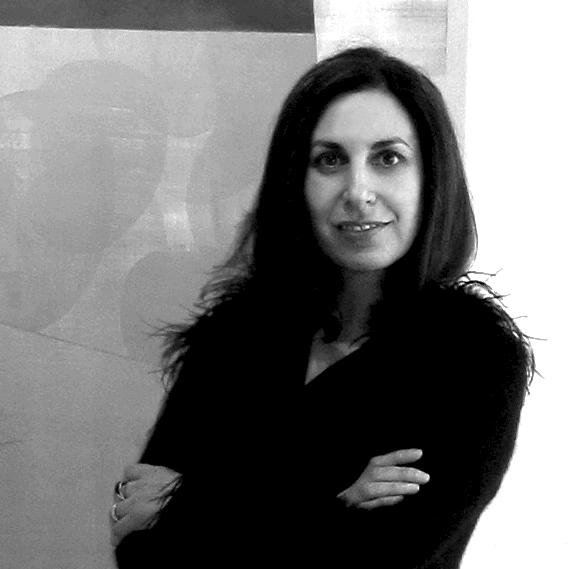 We are excited to offer an international residency to Kuzana Ogg, orginially from India and now living and working in Santa Fe, New Mexico.  Kuzana will join us in Cromarty in October 2018 and spend a month here, soaking up the atmosphere, immersing herself in the vibrant community life and gaining inspiration for her future works.  She will also be running two Experimental Drawing Workshops on the afternoons of 28th and 4th November - open to all.

Find out more and see the beautiful works on Kuzana's website.

Kuzana was born in Bombay in 1971. Her parents brought her home from the hospital on the back of their motorcycle, and she was a newborn mango nesting in her mother’s arms. On that ride, Kuzana first saw how the hurtling landscapes were marked by lines where fruit and glass, fabric and edifice meet. She strewed the highway behind them with vibrant origami as she dreamed.

The first years of her life were divided between the ancestral home of her grandfather, surrounded by lush gardens and groves of coconut trees, and her grandmother’s exquisite Worli sea face residence. Kuzana’s earliest memories are of temperate weather, fragrant jasmine blossoms, and cascading layers of color.

In time, Kuzana and her infant sister joined their newly immigrated parents in England. The setting changed from streets crammed with disorderly traffic and cows to cars neatly parked in rows, but Kuzana preferred the crumbling palatial structures that still lived in her mind to these frilly curtains and tidy brick homes. The new plastic toys at her feet became the rude complement of those of tin and copper that lay beside them. 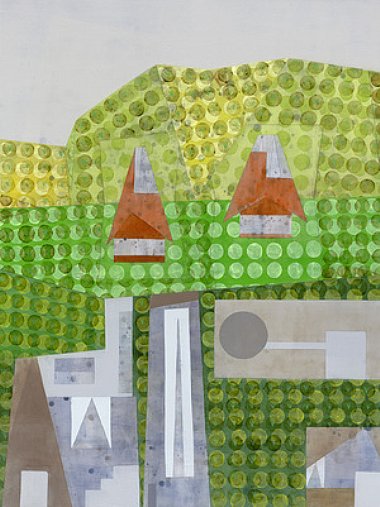 Her tiffin tucked in her luggage, Kuzana shuttled in train cars to boarding schools in Cornwall, Surrey, and Kodaikanal. At the age of 10, she and her family relocated to New York, and the American metropolis took shape in those eyes where the Deccan plateau once stood.

It was as an art student at SUNY Purchase that Kuzana met her husband and began the work in love and paint of revisiting the garden of her childhood. They married after their graduation in 1995, and moved to South Korea, spending the next six years teaching English in historic Kyung Ju. Returning to the United States in 2001, they lived first in New Mexico, migrated to California's Central Valley ten years later, and then returned to Santa Fe, New Mexico in 2017.

Kuzana is currently in residence at El Zaguan on Canyon Road. She has participated in three other residencies: in Minnesota, Sri Lanka and China. Her paintings have been included on the sets of both television shows and feature films—the most recent of which were Me and Earl and the Dying Girl, Southpaw and My All-American. Kuzana's first solo museum exhibition was Oil at the San Luis Obispo Museum of Art in 2014. A second solo followed shortly thereafter, Rev Zero at the Bakersfield Museum of Art in 2015. Kuzana's work has been exhibited, published, and collected both privately and publically, nationally and internationally. 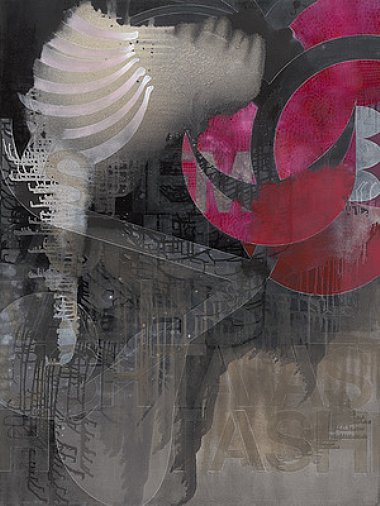 The principles that govern my aesthetic are balance and restraint. My early years in India were flooded with noise, color, and fragrance. My grandparents’ home in Bombay was somewhat buffered from the outside chaos of people and cars by lush gardens. This paradise of quietly growing coconut trees, exotic lilies, and always newly turned wet red earth was invaded hourly by squalling parrots and barbarous crows. Their cries filtered through the foliage as though they were the softened echoes of the havoc on the streets.

Going anywhere in Bombay requires infinite patience and time. A simple errand to get a plastic bucket devolves into an all-day affair involving epic traffic jams and monsoon-huge waves crashing over the seawall. But, even as a very small child—I was easily distracted by the lurid Bollywood billboards rushing past the car window and promises of notebooks with endpapers of fuchsia block-printed flowers and new erasers in the shape of rabbits or fried eggs.

Bombay is steeped in perfume—from yards of jasmine and roses garlanding doors, to sandalwood burning at the fire temple, to a hundred different lunches cooking at the same time—there is always fragrance in the air. It might be ordinary, like freshly watered concrete walls or the starched muslin saris of nursery school teachers; or extraordinary, like the scent of raw silk stored in the recesses of a teak wardrobe. Its presence everywhere instilled the conviction in me that just as fragrance occupies a stratum deeper than sight or sound, majesty is also hidden beneath the surface of things, and majesty is an anchor that restrains and balances the chaos of experience. It is the primordial root that underlies even the most discordant things. 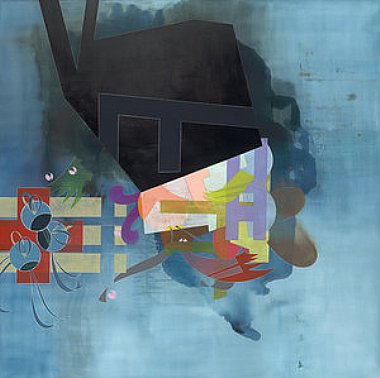 The general pandemonium of Bombay in the early 1970s serves as a visual alphabet. Through my travels and migrations, this alphabet continues to recombine, developing into a painterly language. In any form of communication, I have found the principles of restraint and balance to be the most formidable and eloquent.