Covid Update: With great regret, we have decided to cancel this event in 2020 AND 2021.  We very much hope to ressurect this promising new event in our programme in 2022 and hope you budding writers and comedians will join us then.

To get an idea of what might be in store, we have kept the intended programme for 2020 on this page below for you to peruse...

Our inaugural Comedy Writing Weekend is designed for all would-be or up-and-coming writers of comedy, in whatever form that takes.

Session 1: Comedy Writing Overview: Introduction to comedy writing and the various disciplines. Tutors will explain their backgrounds and how they got into the business plus gain some insight into the background of participants.  Q&A on specific projects tutors have written and produced and feature clips. This session will be as involved as possible with participants able to ask questions at any time and with lots of chat so everyone gets to know each other.

Session 2:  Sketch Writing: Looking at the disciplines of sketch comedy - a good way to get everyone's comic brains working!  You'll look at topical sketch writing, character pieces and social and surreal observations.  Gus and Chris have a lot of experience in short form sketch that is traditionally a good entry point for writers so worth exploring for partcipaints.

Session 3:  Sitcom Writing: You'll look at the disciplines of writing a sitcom (long form) - from coming up with your situation and forming your characters to plotting and dialogue.  Lots to discuss here!  Chris wrote his first sicome, 'Saddled' for Radio Scotland and Gus produces one of Radio 4's most popular sitcoms, 'Fags, Mags & Bags', so lots of areas can be explored. Clips/scenes will break up the chat.  On the Saturday evening, we'll watch some TV sitcome pilots to see how they work and how the series changes and develops.

Session 4: The Business of Comedy: Looking at all aspects of pitching your work, who to approach and how to break into the comedy writing business.  Maybe it's a Q&A about the business side of things?  For fun, tutors would like to do an elevator pitch session where everyone does a one-line pitch to set up a sitcom premise and have a fantasy cast, timeslot, etc.  We will also look at generating your own content and self-filming for YouTube, TikTok, Twitter, etc.

Every participant will have a half hour individual session with one of the tutors based on their submitted scripts/sketches - a beneficial one-to-one session to receive feedback and guidance. 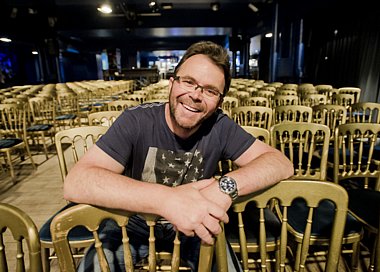 Gus Beattie has been producing scripted comedy for BBC Radio for over 16 years and has recently enjoyed award winning success with his new scripted indie Gusman Productions. His credits include ‘Fags, Mags & Bags’ written by Sanjeev Kohli & Donald Mcleary, and multicultural sketch show ‘Sketchtopia’ both for Radio 4. He was the producer behind the successful reimaging of the hugely popular Channel 4 sketch show ‘Absolutely’ on Radio 4, with it just completing a 3rd series.

Gus won the Gethin Thomas Comedy Producer Award at the Audio Production Awards in 2018, and also won Gold in the same category at the APAs in 2016. Won Best Live Scripted Comedy at the BBC Audio Drama Awards 2014 for 'Sketchorama: Absolutely Special'. Picked up a 2019 Audio Drama Award nomination for ‘Sketchtopia’ which was also shortlisted last year for Best Radio Comedy at The Celtic Media Awards.

Gus starting out as an aspiring comedy writer penning sketches for shows such as BBC Scotland's “Only An Excuse?” and developing a sitcom with the BBC. His comedy producer break came in 2003 when he was appointed Executive Producer for Radio at Scotland’s top independent comedy producer The Comedy Unit and worked there for 13 years. 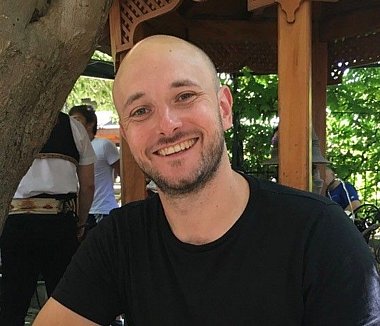 Chris Grady is a writer, script editor and producer from Linlithgow. He started his career writing sketches, with material in shows such as 'Meanwhile, It’s Will & Greg', 'Recorded for Training Purposes', 'Only An Excuse', 'Them From That Thing' and 'Anna & Katy'. His most recent work includes writing for 'Scot Squad' and 'River City'. He is also the co-creator and co-writer of the sitcom 'Saddled' on BBC Radio Scotland, and has written two plays for Oran Mor’s "A Play, a Pie and a Pint" season: 'Meat Market' (which was filmed as part of a BBC series) and 'Outside In'.