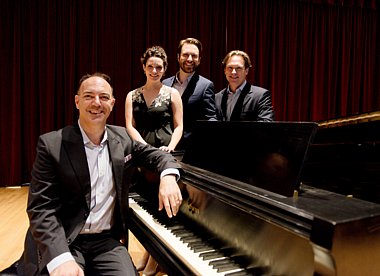 As at 4th March: we regret to inform you that this concert has had to be POSTPONED! It will be re-scheduled for a later date, probably in 2023. Apologies for any disappointment and inconvenience.

Mirror Visions Ensemble (MVE) was founded from a desire to explore the relationship between music and text, initially through the creation of “mirror visions” — settings of the same text to music by different composers. The group's passion for storytelling has produced thematic concerts on surprising subjects, based on scholarly research and laced with humor, leading to the revitalization of art song programming. Featuring soprano, tenor, baritone and piano, often joined by other instrumentalists, MVE’s programs take audiences on an imaginative journey through song, showcasing both well-known and oft-neglected pieces, set to texts by poets and historical figures. 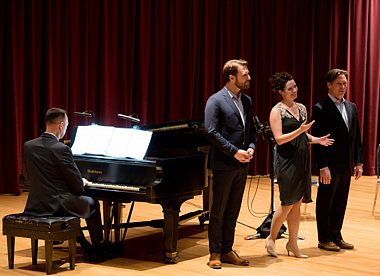