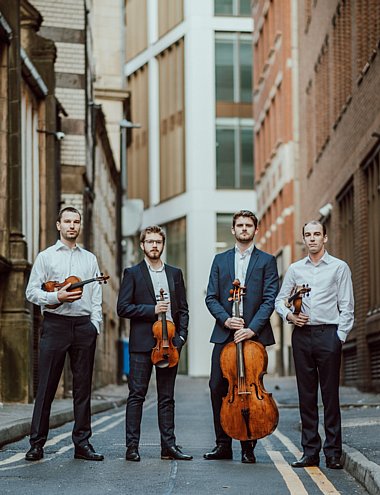 ​The Elmore Quartet have performed in the RNCM’s annual Chamber Music Festival since 2017, and in 2018 were invited to be Quartet in Residence at the South Downs International Summer Music Festival. There they had the opportunity to work with members of the Benyounes String Quartet as well as giving the closing performance of the festival performing works by Smetana and Haydn in St. Andrews Church, Alfriston Sussex.

​The Quartet has performed at many venues across the U.K. and have given concerts for the Manchester Chamber Music Society and the Lake District International Music Festival. 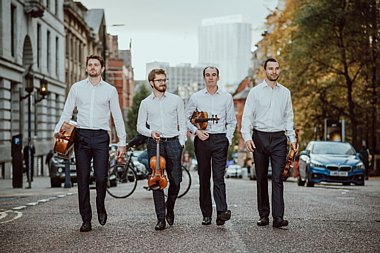 In September 2020, the Elmore Quartet were appointed as the RNCM’s Studio Quartet and were also winners of the Tunnell Trust Awards later that year.

​In May 2021, the Quartet was awarded second place at the CAVATINA Intercollegiate Chamber Music Competition in Wigmore Hall, and are delighted to have been appointed as Junior Fellows in Chamber Music at the Royal Northern College of Music for the academic year 2021/22.
www.elmorestringquartet.com

This concert is kindly sponsored by