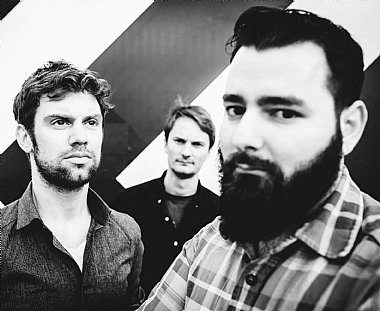 Trio HLK's music heavily deconstructs and reconstructs jazz standards, creating intricate new pieces with complex frameworks for improvisation. Their pieces are strewn with rhythmic and harmonic tricks, and their performances deliver an explosive interactive tour de force that distorts the meeting point of the composed and the improvised.

Drum virtuoso Richard Kass is a powerful, polyrhythmic engine whose multi-limbic facility affords him a wealth of textures and multiple layers of expression; he executes rhythms at more than one tempo simultaneously, which often draws comparison to electronica and computer generated music.  Guitarist Ant Law plays a bespoke extended range electric guitar with 8 strings and a variety of effects; a wealth of influences from jazz, heavy metal and elsewhere shine through in his playing.  Classical pianist and composer Rich Harrold was immersed in contemporary classical music from a young age; his approach encompasses recomposition and decomposition as much as pure composition itself. His harmonic realm is the border between tonality and atonality, and there is a strong sense of rhythmic and melodic development throughout his writing.

A belief in the high art of improvisation and intrigue with the infinite art and science of rhythm is what brings H, L and K together.

Their debut album, which features Evelyn Glennie and Steve Lehman, is due for release later this year.

"Their deconstruction of jazz classics could easily have sounded mannered, but instead I found it genuinely complex, uncompromising, at times very beautiful, and above all deeply engaging. I'd never heard anything quite like it (a novel experience at a jazz gig) and was immediately hooked." Steven Osborne

“One of the grooviest, hippest young bands in the city…rhythmically and melodically a great combination of subtlety and strength" Kevin Le Gendre