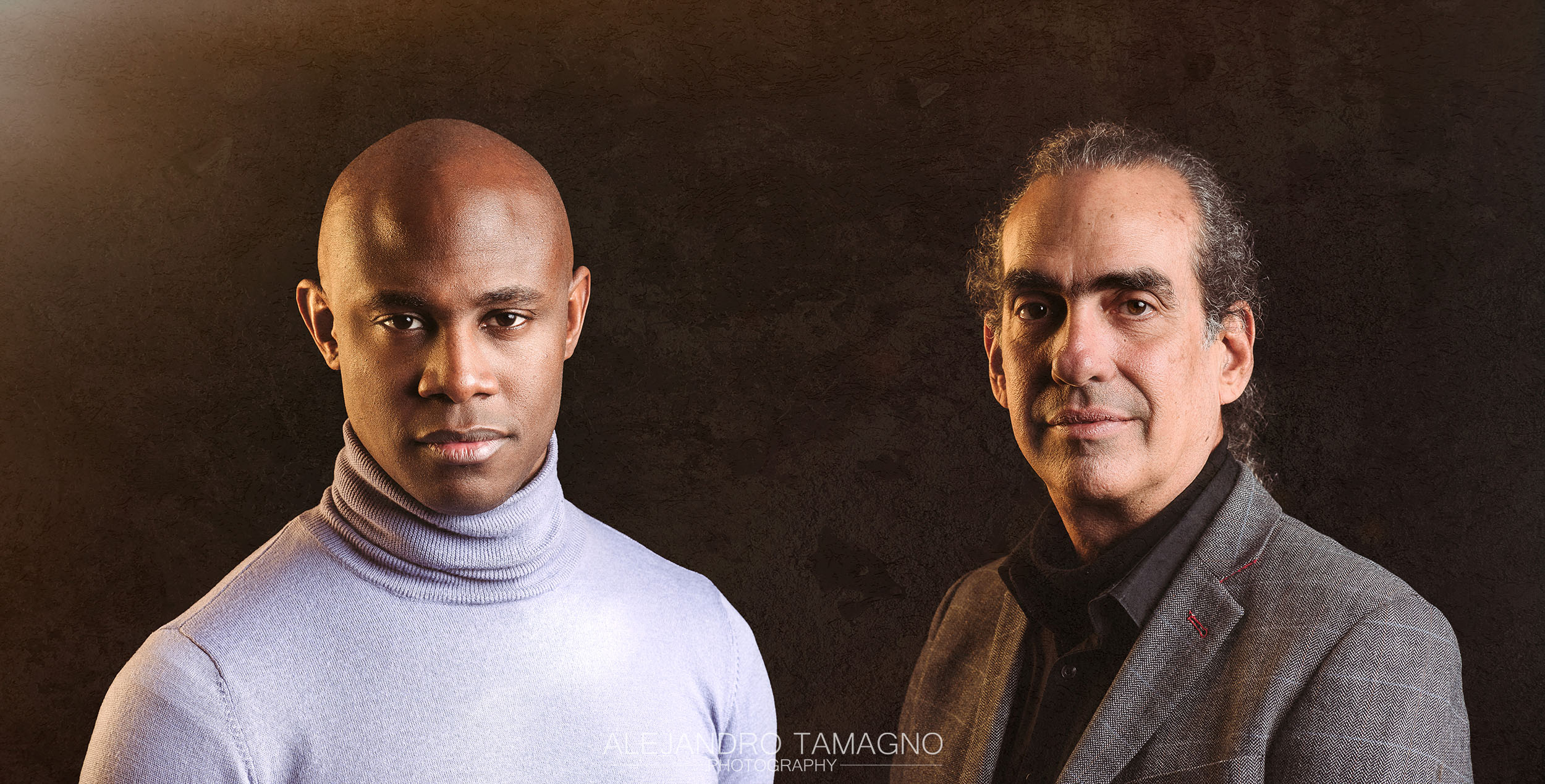 When Cuban guitarist Ahmed Dickinson Cárdenas first heard the music of fellow countryman Eduardo Martín he felt euphoric. Martín’s style has an expansive sense of freedom that taps into pre Columbus traditions, jazz, flamenco, pop, Afro and traditional Cuban. The guitar is his favored instrument to mirror the melodic and rhythmic intricacies of the Americas’ cultural diversity.

Before moving to England, Dickinson Cárdenas took lessons with Eduardo and their friendship, idiosyncratic empathy and mutual respect has since transformed into a vehicle that connects, incorporates and juxtaposes their different generations, their musical ideas and ultimately the spiritual journey that drives this unique record.

The album, 'The Bridge' is a compilation of some of Eduardo’s most alluring works for two guitars, where rock merges with son montunos; old Yoruba chants, feel-good rumbas, funk- boleros, new age tunes and cinematic pieces sit alongside Cuban tumbaos with slap bass. The Bridge ‘is a wondrous display of fluidity, a continuous study of the Latin guitar, past and present’.