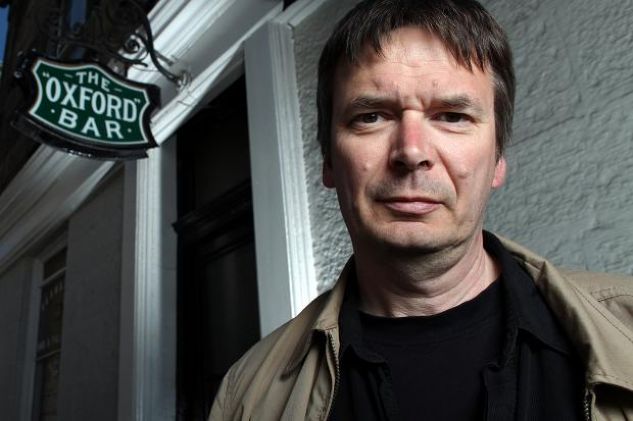 Needing no introduction to locals, regulars of the festival or crime fiction readers, Ian’s latest novel Rather Be The Devil, was published last November and hit the top of the hardback fiction charts. The 22nd installment in the bestselling Inspector Rebus serious of crime novels, it sees the protagonist coming out of retirement for one more case.

When Rebus was retired and Ian started writing about a new detective, Malcolm Fox, he had the idea of bringing him back to advise about cold case investigations and this format has lasted a few books. It leaves Ian with a dilemma about when Rebus should finally hang up his notebook as he’s already given the detective COPD (chronic obstructive pulmonary disease) from years of smoking, drinking and lack of exercise. Rebus is not getting any younger, either. Could Rather Be The Devil be the last Rebus novel?

Whatever Ian decides, he still has plenty to do. Although he’s taking this year off from writing a novel, there are short stories in the pipeline and it is also the 30th anniversary of Rebus’s first appearance. 2016 saw him as visiting professor at the University of East Anglia’s creative writing course, another challenge in a different direction.

Ian’s talk will be called ‘Better the Devil you know’ - a chance to hear about the development of his latest book, question him about the future of Rebus and chat generally about Rankin-related subjects!