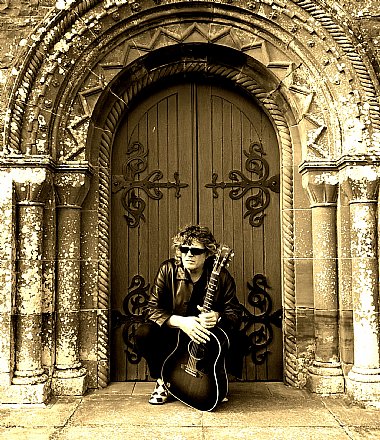 Ready for a unique and talented take on a wide range of musical traditions? Claude Bourbon is known throughout Europe and America for amazing guitar performances that take blues, Spanish, and Middle Eastern stylings into uncharted territories.

Claude’s inimitable style incorporates all five digits on each hand dancing independently but in unison, plucking, picking and strumming at such speed and precision that his fingers often seem to melt into a blur. Thousands of people in the UK, Europe and USA have enjoyed listening to this virtuoso and for the majority of his audience it is an experience that compels them to return again and again to hear and watch him play, as his fingers lightly dance over the strings of his guitar and create a unique sound that is ’Claude’.

It is very hard to describe the almost endless amalgam of different influences in Claude's playing, all melting into each other, as he moves from classical openings, across a whole continent of cultural roots, from the Balearic’s to the Balkans, and then across to the Mississippi Delta, and shoehorned into all that is music that would not have been out of place in the courts of Emperors and Kings.

Claude Bourbon weaved his songs through the audience as if on a journey through life taking in different flavours of Europe and beyond. His Spanish medieval blues evolved into Gypsy, Eastern European, with a splash of Paco de Lucia, Delta Blues and more, holding audience attention under a musical spell.

It's not easy to begin to describe the breadth or mastery of the music you will hear if you are fortunate to catch one of Claude’s gigs, it is a sort of sensory experience like no other. A top master of his craft and never appearing to be rushed, he has impeccable timing and makes things that one can only marvel at seem simple. 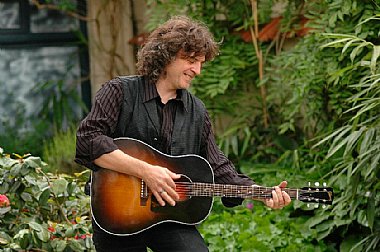 Now based in the UK, some of this guitarists’ influences allow us a fascinating insight into this remarkable musician; Paco De Lucia: Deep Purple’s Richie Blackmore; Joaquin Rodrigo; JJ Cale; JS Bach….

“ Claude Bourbon is a unique figure today… his playing is almost indescribable“ - The Hook, Charlottesville, USA

"Never heard anyone get that much beautiful sound out of a J-45", Bob, Tucson, AZ