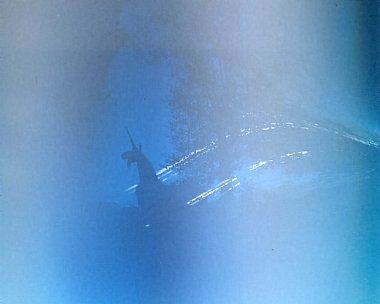 Frank won the Student Residency Prize in 2014. Here is his reflective essay following the residency:

"Cromarty is one of the few places on mainland Scotland where you can watch a spectacular sunrise in the morning and only a few hundred metres away see an equally spectacular sunset in the evening. It is a special place in more ways than one. I spent a lot of time during my residency driving out to the north and east of Scotland, but each time I took the turning off the main road back onto the Black Isle it really did feel like I was returning to an island. Its and isle of rolling, fertile farmland, long beaches and small fishing harbours. Cromarty itself lies at the end of the land, peering out toward the Moray Firth through the pincers of the North and South Sutors. On a day when patience paid off, I saw dolphins there. 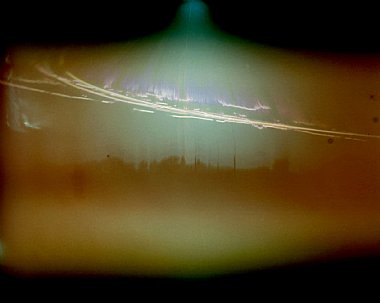 I travelled to Duncansby Head, the most northerly point of mainland Britain, and also to Keith Inch, the most easterly point of Scotland. On these journeys I visited WWII landing fields. I made pictures of the sky using an aerial reconnaissance camera and pictures of the camera itself placed on the airfields. These are part of a large and on-going project about aerial warfare.

In the studio at The Stables I had a bay where I made drawings and spent time discussing ideas with the other artists. I even made a picture of a wild unicorn there! On long walks to the top of the South Sutor I met wild boar and visited an old military camp that still bears the flecked camouflage paint of wartime. 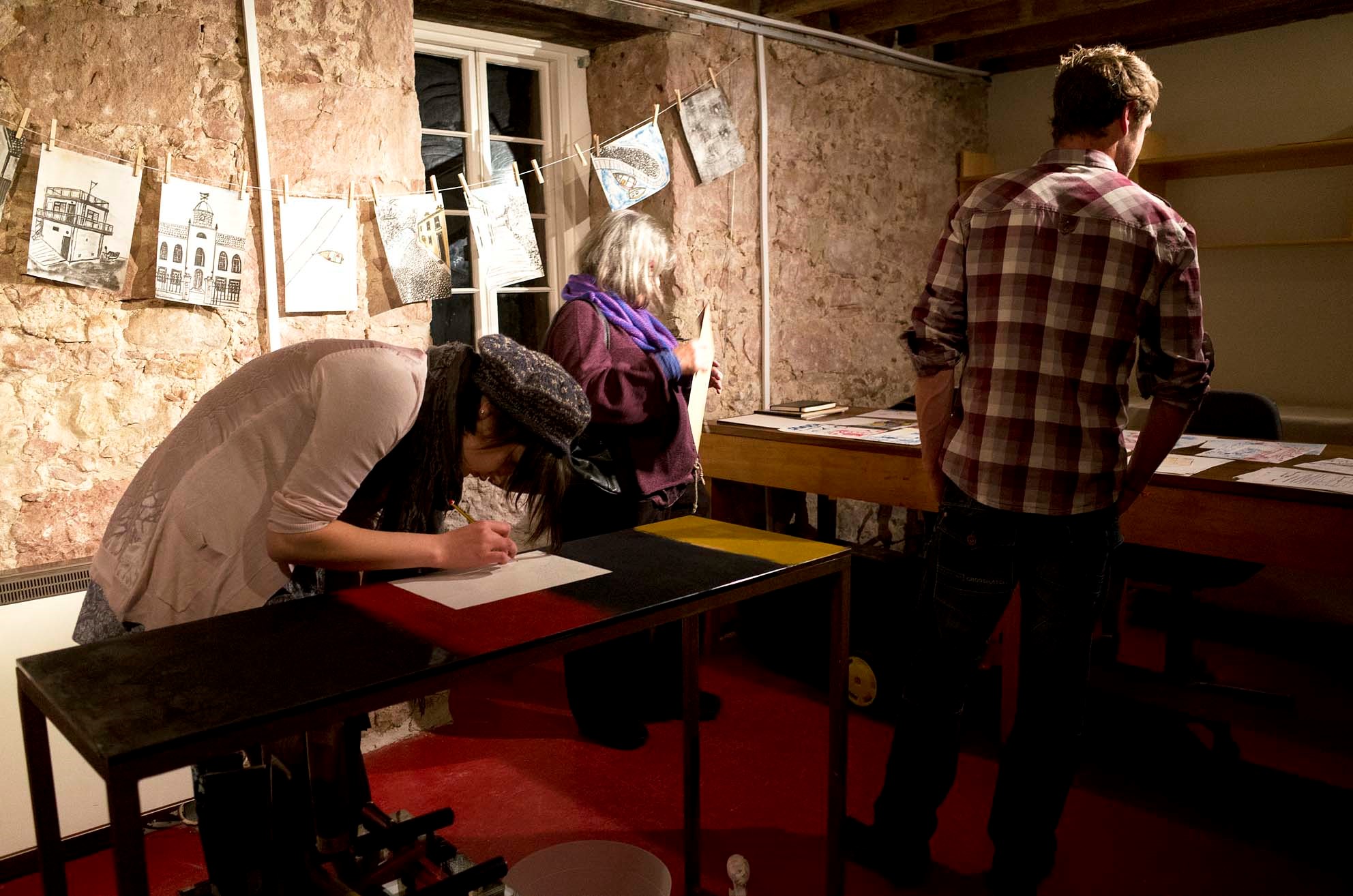 Half way through my stay there was the small matter of a Referendum on Independence. I drove home in order to vote ‘Yes’ in spite of the fact I am not a nationalist. In the end there was a comfortable ‘No’ vote and all of the banners and signs quickly began to disappear from view. I made kite pictures down by the harbour a few days after the referendum and as my camera swung inland to take an aerial view of Cromarty the only sign left of the referendum was a beleaguered ‘Yes’ placard lying face down on a trampoline in a back garden.

In reciprocation of the generosity shown to me by Cromarty Arts Trust I ran a pinhole photography workshop in two stages at Ardyne. We made pinhole portraits and also ‘solargraphs’ using cameras we constructed together using empty Pringles pots. At the end of my stay I also ran a ‘Drawing Exchange’ in The Old Brewery. I gave away some of my own monoprints in return for those made by visitors to the exchange. You can tell a lot about a person by what they draw. 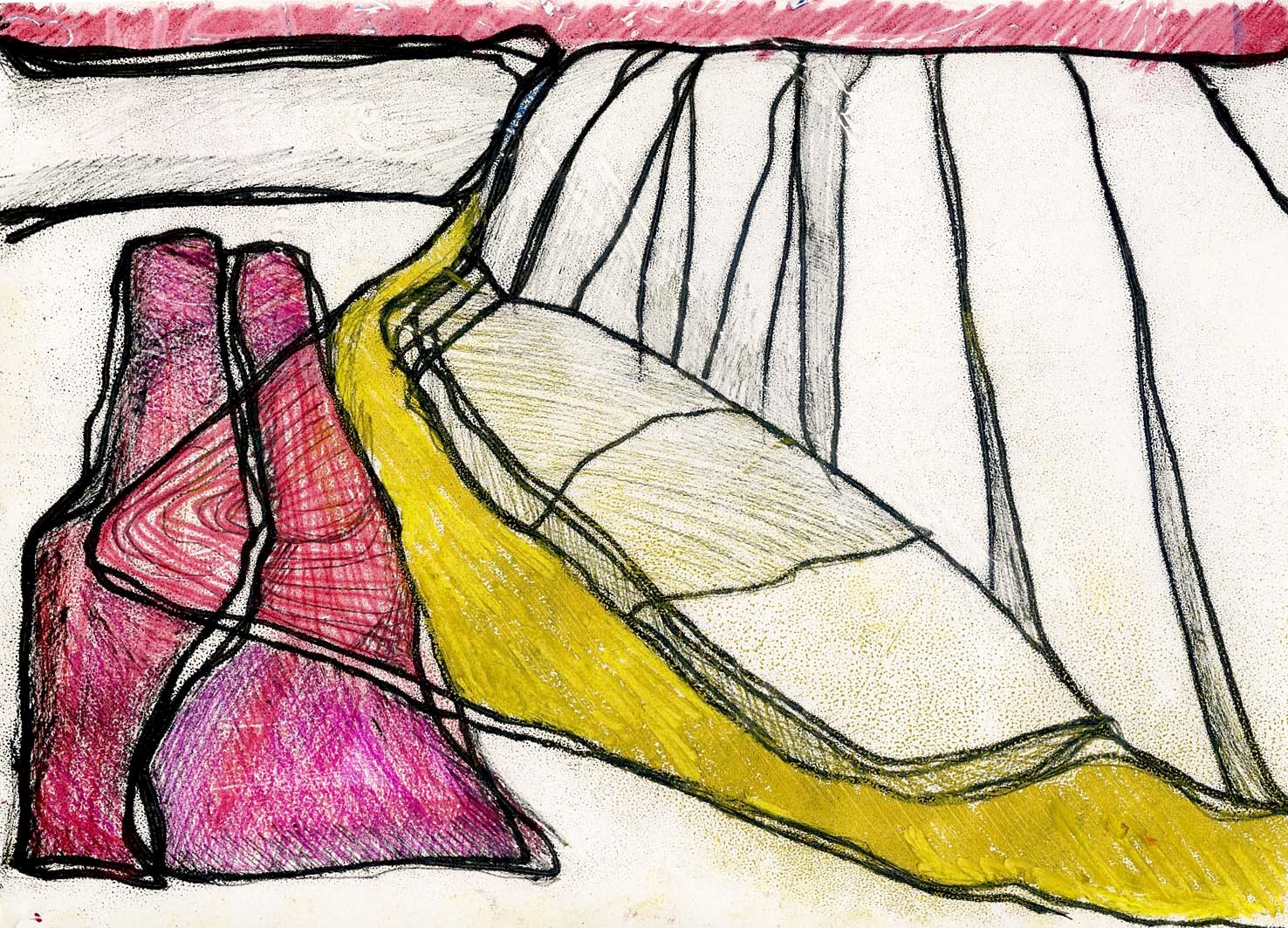 I’d highly recommend any recent graduate to apply for the residency at Cromarty Arts Trust. The accommodation and studio facilities are excellent but more importantly the people are very friendly and welcoming and the surrounding landscape is stunning. I came to make work for an existing personal project but left feeling inspired and fuelled with some completely new ideas and even a few new discoveries for my working process. I’d never been to Cromarty before, but I know for sure that I will be there once again."