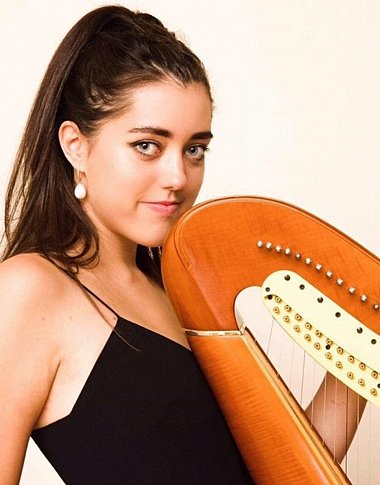 Abigail Millar Todd is a classically trained, 20 year old harpist from Avoch. She began music through the Feis, before branching out from traditional music to classical when she began studying at Aberdeen City Music School at the age of 12. She later studied at the Music School of Douglas Academy and Chetham’s School of Music. An extremely influential figure in her life during this period was her teacher, the jazz harpist Alina Bzhezhinska Lazorkina. After leaving school, she moved to Oslo, Norway to study under the tutelage of Isabelle Perrin, artistic director of the World Harp Congress, soloist and recipient of the French Knighthood of the Order of Arts.

Abigail will perform a variety of music including the works of Hindemith, Bach, Caplet, Spohr and Tchaikovsky. She will also play some of her own compositions. Anyone that attended Abigail's 2018 Stables concert will tell you - this is an afternoon not to be missed!